A Snapshot of Shows for Children and Young People

For over a century now, productions aimed at young audiences and their families have become incredibly rich and diverse, in a phenomenon that picked up speed in the 1990s. France excels in this artistic field, and enjoys international visibility and recognition in the matter.

Productions for children and young people were able to break free from disciplinary conventions to invent cross-cutting, hybrid and thoroughly unconventional artistic forms. They now very much rooted in their times, resolutely contemporary in form and serving as a platform for a new aesthetic, both on stage and in the relationships it has built with its audiences. The latter are treated to performances from the very youngest age, sometimes as early as from just six months or a year old, all the way up to adolescence, in a time of life that writers and directors alike have focused on heavily over the last decade. Still something of a blank canvas up until recently, it is now a melting pot of exciting experiences, sometimes immersive or participation-based, whether on stage or at ground level in children’s living spaces, with young people often involved in the creative process.
From six-month-old babies to 14- or 16-year-old teens, today’s scene is vibrant. Choreographic proposals, scholarly or contemporary music, circus, and art forms at the crossroads to all these disciplines meet in the theatre. The movement towards theatrical decentralisation has enabled artists to share their work widely in all forms and across the country, experimenting with new artistic hybrids and inventing a thousand different ways of addressing young audiences. Seen from abroad, this artistic vitality combined with an unparalleled network of cultural facilities and initiatives is a much-envied French quirk.

Performances for children and young people is also a great tool for artistic education, and cultural democratisation. It affects children from a diverse range of backgrounds, in rural areas as well as cities, in crèches, schools, middle schools, theatres, and beyond, making it a focal point for cultural policies on both a local and national scale. 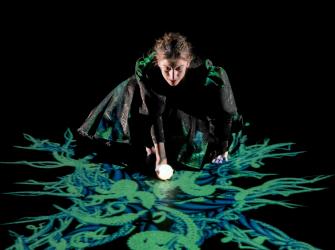 OVERVIEW
At the end of the 19th century, a handful of plays for young audiences began being performed in major European capitals, in Paris, Brussels and London. This ... 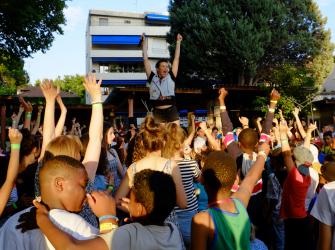 Production Firmly Rooted in the Times

OVERVIEW
Productions for young audiences are centre-stage in theatres across France. Little by little, a repertoire of shows has been formed, sometimes touring for very ... 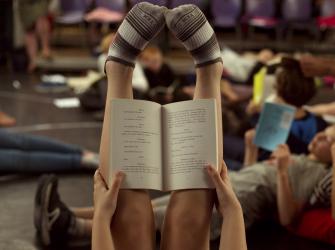 Contemporary Writing at the Fore

OVERVIEW
Youth productions are inseparable from the research conducted by authors into social themes and the core issues within the context of childhood.

OVERVIEW
Very early on, sharing ideas and passing works around internationally were issues that the French pioneers were committed to tackling.